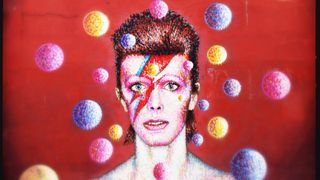 The world lost a true visionary Sunday as David Bowie passed away from cancer at age 69. Tributes poured in from every corner of the web, and one felt especially touching.

Canadian astronaut Commander Chris Hadfield gained a massive following with his YouTube videos recorded on the International Space Station, but none received more views than his cover of Bowie's Space Oddity.

Bowie called Hadfield's cover "possibly the most poignant version of the song ever created," and gave his blessing for the video to be posted in the first place.

At the time of writing, the post was retweeted 11,000 times and liked over 14,000 times. You can watch (and rewatch) Hadfield's Space Oddity cover below.