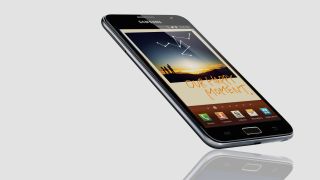 Are they going to get along?

Two of world's biggest tech companies are to sit down and try and settle their differences this month.

Samsung and Apple have struck up a bitter rivalry in the last few years, which has kept the courts busy.

Apple has accused Samsung of encroaching on its phone and tablet designs, while Samsung has released a number of adverts that mock the whole nature of being an Apple fanboy.

All of this is only going to get worse with the upcoming release of the Samsung Galaxy S3 – a phone Samsung will be hoping steals some sales from the Apple iPhone 4S.

Developer for the world

Although some sort of settlement between the two companies seems still to be a distant dream, it has been revealed that head honchos from Samsung and Apple will be meeting near the end of May to try and talk through their differences.

This mediation is to take place May 21 and 22 and will be between Samsung vice chairman Gee-Sung Choi and Apple CEO Tim Cook.

Cook has been outspoken about people copying Apple's designs, noting in the company's last earnings call – you know the one where Apple announced it had its best year ever – that he "hates litigation" and "just wants people to invent their own stuff".

Cook also noted that he would "highly prefer to settle versus battle. But the key thing is that it's very important that Apple not become the developer for the world. We need people to invent their own stuff".

So, if Samsung can agree to stop treading on Apple's toes then these talks may stop the endless court battles between them. Considering, Samsung has vehemently defended its own designs as being its, er, own, the talks are going to have to be pretty persuasive for anything to change.

Let's hope they have really good biscuits to lighten the mood.

Via All Things Digital