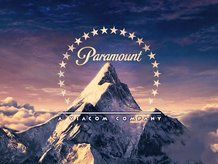 Copyright was put into place to help film studios rather than hinder them – that's precisely why we have to sit through infuriating piracy trailers. But in the case of some new DVD releases, it seems that copyright is turning against its movie mogul masters.

Some retro TV series coming to DVD are having to have their score completely changed, due to copyright issues.

The shows affected are the likes of Canadian drama Northern Exposure and the 1960s version of The Fugitive.

In The Fugitive's case, entire underscores – essentially background music – have had to be changed because CBS Paramount, the studio that owns the property, do not own the rights to the music.

Going for a song

According to Variety, a change in law means that new media, such as DVDs, must adhere to music-licensing laws. This was something that was unheard of 10 years ago.

Variety points out that this might also be the reason that music-heavy shows such as The Wonder Years, with its 60s rock soundtrack, aren't available on DVD – not in their original music form at least – as the price to get all that music licensed would outweigh profit.

Gord Lacey, editor of TVShowsonDVD.com, spoke to Variety about the findings and said: "If you're trying to sneak these releases out hoping nobody's going to notice you replaced all the music, it's not going to work.

"A lot of these studio releases are pushing more people into buying pirated material."