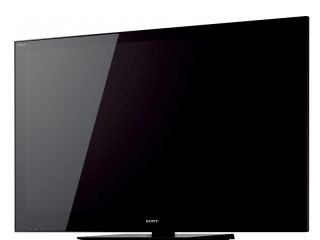 Sony's 3D televisions are picking up the plaudits

3D has been the buzz word for 2010. 3D enabled products and content are now available in people's homes for the first time. And with 3.2 million 3D TVs expected to be shipped worldwide this year, you'll be able to enjoy movies, games and sport in 3D from the comfort of your sofa.

While some of you might remember 3D from the 1980s with ill-fitting paper glasses and poor picture quality, the experience today has come a long way. For example did you know that Sony's 3D glasses block external light making viewing content even better?

Other models tend to let light in which can make it difficult to see the picture clearly, especially in a bright rooms. There can also be other issues with 3D, such as ghost images known as crosstalk, which Sony has worked hard to eliminate.

This is why Sony is proud of its TVs. Its 3D range is consistently ranked highly by critics. TechRadar recently recognised Sony's expertise when it ranked BRAVIA in the top three places for 3D LCD TVs in its '10 Best 3D TVs in the World today'.

Sony is also making it easier to get into 3D by offering a complete range of 3D capable products. Its full 3D bundle includes a 3D Blu-ray player, PlayStation 3 (3D enabled), a Cybershot TX9 as well as one of its BRAVIA 3D TVs.

We're offering one lucky winner the chance to win one of Sony's 3D bundles worth £2,000!

This competition is now closed. The winner is Tina Mapp.

Please note that this competition is only open to UK residents over 18 years of age.

There is no cash alternative to the prize and unless agreed otherwise in writing the prize is non-refundable and non transferable.