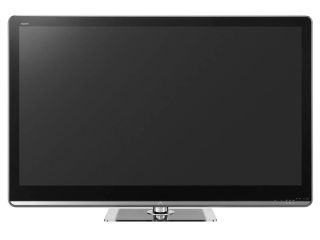 Sharp has unveiled its new Aquos LED LCD series – bringing with it an industry first 68 inch screen, 240hz and a proprietary four-primary-colour technology.

You probably want to know what the fourth primary colour is, having stupidly believed all that talk of just three and we can reveal that it is in fact yellow, joining red, green and blue.

"As a pioneer in the LCD industry, Sharp continues to advance the technology, introducing it's first LED-backlight LCD TV on the market less than two years ago and paving the way for larger screen sizes, thin designs and Internet connectivity," said Mikio Katayama, president and chief operating officer, Sharp Corporation.

"We have changed the way an LCD TV produces an image with the new four-primary-color technology, allowing us to broaden the visual experience and immerse consumers in a new world of color."

Sharp's new ranges are the LE820/810 Series and the LE920 Series and it is the latter that represents the flagship for the company's TV wing.