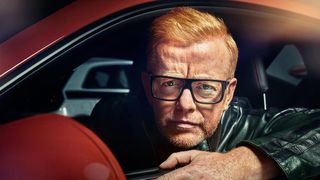 Chris Evans is the new host of Top Gear.

After a lengthy hiatus (Jeremy Clarkson and friends bowed out at the end of June), the BBC's flagship motoring show Top Gear is going to be returning to our screens on 8 May 2016, the corporation has confirmed.

New presenter Chris Evans spilled the news in an interview over the weekend, but we don't yet know who's going to be joining him in fronting up the programme - or even if there will be any new co-hosts.

16 episodes of the new-look Top Gear are scheduled to be broadcast on BBC2. One of those episodes will involve an inter-continental road trip filmed in North America, Evans said, with filming scheduled to start in January.

Of course, Messrs Clarkson, May and Hammond have not been idle: the trio are launching a new car show on Amazon Prime Video at some point next year, though we don't know yet what it's called or what format it will take.

The ex-Top Gear presenters have also been busy with a live stage show that's just come to a close, taking in 19 countries, 32 cities and around 2.2 million audience members. Amazon executives will be hoping that kind of pull translates to high viewing figures for the new series.

It looks like we'll get a true head-to-head contest during summer 2016 as the new Top Gear takes on the ex-Top Gear presenters in a battle of motoring action for the small screen. Which show are you most excited about seeing? Let us know your predictions below.