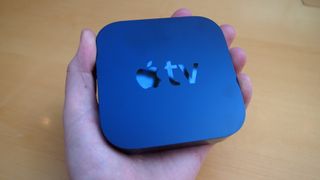 Will more TV networks be far behind?

The Apple's TV isn't just getting cheaper, it may be getting better programming with a number of US TV networks signing on this summer, according to a new report.

There will be 25 channels as part of this new service, including broadcast networks like ABC, CBS and Fox, reports the Wall Street Journal.

What's interesting is that the report claims the service will stream channels not just to Apple TV, but also across all iOS devices including iPhones and iPads.

Not everyone may be invited, however. Left out of what's described as a "skinny bundle" are NBCUniversal stations like NBC, USA and Bravo.

The Comcast-owned network is said to have strung Apple along while focusing on its own multimedia DVR.

As goes HBO, so go the networks?

Apple has sought more robust TV programming for Apple TV set-top box, according to the years of leaks and rumors from the company.

While unconfirmed deals with Time Warner and Comcast never came to light, Apple did cement an exclusive launch partnership with HBO at its Apple Watch event.

HBO Now, an unbundled version of the premium channel, is coming to Apple TV and iOS devices in April, just in time for the April 12 premier of Game of Thrones Season 5. It'll cost a monthly $14.99 (about £10, AU$20).