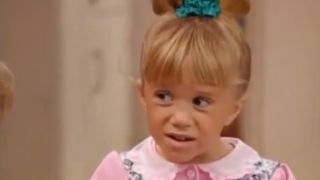 Do you miss your old familiar friends, waiting just around the bend?

Defying predictability, it seems Netflix may revive one of everyone's favorite '90s shows: Full House. And they're going to call it "Fuller House," according to multiple reports, on TV Line, The Hollywood Reporter and The Wrap.

Netflix is reportedly close to ordering a full 13-episode season of the spin-off, with much of the original talent and producers - including actors Candace Cameron Bure, Andrea Barber, Bob Saget, John Stamos and Dave Coulier, as well as creator Jeff Franklin and executive producers Thomas Miller and Robert Boyett - returning for recurring roles and guests spots, and as EPs.

Full House is the latest in a lengthening list of aging TV shows poised to make comebacks, including The X-Files, Twin Peaks and others.

With Netflix so far nailing it with shows like Orange is the New Black, House of Cards, The Unbreakable Kimmy Schmidt, the upcoming Daredevil show, and others, the streaming company is in a unique position.