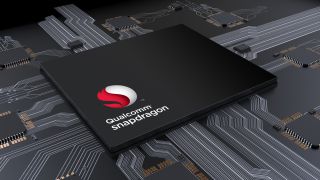 Renowned chipmaker Qualcomm is tipped to unveil the latest iteration of their high-end chipset series. The rumored Snapdragon 8150 succeeds the Snapdragon 845 and will be launched next month at Snapdragon Tech Summit in Hawaii on December 4th.

Several leaks from Chinese media claim that Qualcomm has started sending out invites for the unveil of Snapdragon 8150 at its yearly summit in Hawaii. According to PCPop, the invite contains a physical invitation and a Xiaomi VR all-in-one with Qualcomm Snapdragon 821. It is bundled with a VR version of a video in VR, which shows landscapes of Hawaii and lists event schedule and location at the end.

Snapdragon 8-series chipsets have been a constant choice of most Android phone makers. Last year’s Snapdragon 845 was seen on some of the most popular phones including the Pixel 3 and OnePlus 6T/6. Similarly, we expect the chipset to arrive on most flagship phones slated to launch in 2019. The first could be the US variant of the Samsung Galaxy S10.

Qualcomm will be the third to introduce their flagship chipset for the year after Apple and Huawei. Apple announced its A12 Bionic with the iPhone XR, iPhone XS, and iPhone XS Max, whereas Huawei unveiled its Kirin 980 with the Mate 20 Pro last month.

The A12 Bionic and Huawei’s Kirin 980 are fabricated using TSMC’s 7nm process, where the A12 Bionic is the leader in terms of processing power overall, and the Kirin 980 by now has the highest benchmark scores among all Android smartphones.

The same leak suggested that the Snapdragon 8150 has an unusual core configuration, with one high-performance core, three medium cores and four energy-efficient ones.

The Snapdragon 8150 is expected to take on Huawei and Apple’s latest. In fact, a rumor recently surfaced suggesting the SD 8150 to be the most powerful chipset revealing AnTuTu score of 362,292, which is far higher than any other Android chipset result. It also beats A12 Bionic chipset which scored 352,405 on AnTuTu.