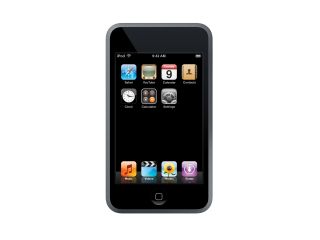 Apple has attempted to silence a disgruntled British customer whose iPod touch exploded, offering them a refund only on the condition that they would not go public about the matter.

Well, that plan seems to have backfired rather badly, according to a report in The Times, that claims the customer was unhappy about being offered such a 'settlement' from Apple UK.

"Apple attempted to silence a father and daughter with a gagging order after the child's iPod music player exploded and the family sought a refund from the company," reports The Times.

The report continued, noting that Apple "would offer the family a full refund only if they were willing to sign a settlement form. The proposed agreement left them open to legal action if they ever disclosed the terms of the settlement."

Liverpudlian, Ken Stanborough, dropped his daughter Ellie's iPod touch last month, after which it immediately "made a hissing noise" and he added that he "could feel it getting hotter in my hand, and I thought I could see vapour".

A puff of smoke

Stanborough then quickly threw the iPod touch outside and "within 30 seconds there was a pop, a big puff of smoke and it went 10ft in the air".

After complaining to Argos and Apple, Mr Stanborough received a letter from Apple requesting that he "agree that you will keep the terms and existence of this settlement agreement completely confidential", and that any breach of confidentiality "may result in Apple seeking injunctive relief, damages and legal costs against the defaulting persons or parties".

"We didn't ask for compensation, we just asked for our money back," said the disgruntled Apple customer.

Apple and Argos are not commenting on the matter.

This is not the first time Apple has found itself in a spot of bother over an exploding iPod touch, with a Cincinatti family suing the company back in March of 2009 following a similar experience.