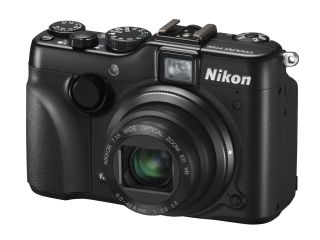 On Wednesday, Nikon launched a revamped version of its premium compact camera, the P7000. The new model, the P7100, features an all new tilting screen, a faster processor and some additional art filters.

Premium compacts such as the P7000 and P7100 are aimed squarely at DSLR users looking for something light and compact to use while on the go, while still maintaining the image quality that they've grown accustomed to.

However, criticisms were laid at the P7000, especially in terms of processing speed and the lack of an articulating screen. Nikon has attempted to rectify some of these problems with the new P7100. We spoke to James Loader, product manager for Consumer Products at Nikon UK about the new updates.

"We tried to listen to all the feedback that we received and incorporate that into the new model," he said at the P7100 launch event. "The main gripe seemed to be that the operation speed was too slow. It's meant to be a camera for Nikon SLR users, so they need a compact that operates like an SLR, but is smaller and more discreet.

"The shutter lag wasn't quick enough for those type of users. All of that has now been addressed with the new EXPEED C2 processor, which is taken directly from our DSLRS."

The main competitor to the P7000 was the Canon G12. Released back in 2010, it features an articulated screen. According to Loader, feedback indicated that a movable screen was a key feature users would have liked to have seen on the camera.

Although it doesn't articulate, the tilting screen does at least allow for some level of flexibility when shooting at awkward angles and will be a welcome addition for many. "We learned a lot from the P7000 and have tried to bring all that knowledge to the updated model," Loader said. "I believe that the P7100 now has all the tools it needs to compete well with the Canon G12."

The P7100 will be available to buy from September, with an RRP of £499.99. With G12s currently retailing for around £100 cheaper, it will be interesting to see who is tempted by the Nikon, and whether the company can finally break the G12's hold over the premium compact market.

Stay tuned for a full review of the Nikon P7100 soon.