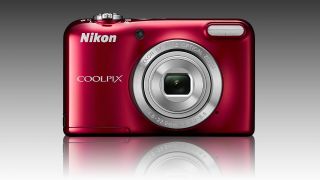 Nikon routinely refreshes its CoolPix cameras around this time of year and what usually happens is that the older versions stay on sale at a lower price and there's an extended period of overlap.

The new CoolPix S3700 is the 'social' camera. Its predecessor is the S3600 which was introduced a year earlier in January 2014. In most respects they're identical, right down to the 20-megapixel 1/2.3-inch sensor and 8x optical zoom – though the S3700 is just a couple of millimetres narrower and a few grams lighter.

But the S3700 adds built-in Wi-Fi and NFC (near field communications) for wireless picture transfer to a smart device. Nikon says you can activate NFC transfer with a simple tap of the camera and there's a button for sending pictures by Wi-Fi.

The new CoolPix S2900 is Nikon's 'stylish' offering, and is effectively an update of the S2800. It has the same 20-megapixel ½.3-inch sensor as the S3700, but this time with a 5x optical zoom. It's exclusive to UK catalog retailer Argos and it's available right now at a price of £100 and in a range of colours.

Nikon's L-series cameras are designed to offer simpler operation and value for money. The L31 (shown top) joins the existing L30 and L29 cameras. A quick glance at the specs doesn't reveal any obvious differences between the older L29 and the new L31. Both have 5x optical zooms and 16-megapixel 1/2.3-inch sensors. Interestingly, the existing L30 has a higher-resolution 20-megapixel sensor, though with small sensor sizes like these more pixels isn't always better.

The L31 is designed to be simple to use, with one-button movie recorder and power provided by regular AA batteries which are easy to replace almost anywhere. It's available immediately and costs £80 (about US$121, AU$149).