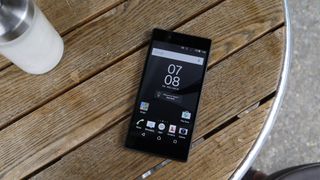 Sony has been releasing two phones a year since the Xperia Z in 2013 - a strategy that hasn't been helping the company financially. But it seems Sony may finally have decided to slow things down a little.

In a recent interview with Sony's Art Director Rikke Gertsen Constein, she notes that the design department is already working on flagship phones for the second half of 2016, 2017 and 2018.

Constein didn't mention anything for the first half of 2016 though – if the established six month cycle was to continue we'd expect Sony to release a new Xperia Z series at MWC in March.

A lot of voices have told Sony to slow the process down – including us here at techradar. Even though Sony gets the latest technology out on the market quicker, you know it'll be out of date in a few months time.

The Xperia Z5 series seems to be a strong lineup of phones and is sure to take the company through to at least mid-2016 so it wouldn't be a massive surprise if the company kept this pattern for the foreseeable future.

That said, the interview isn't entirely clear – it may be that the design isn't going to undergo big changes in 2016 and the Xperia Z6 will be ready for us at the start of the year. You can watch the interview just below and see for yourself.