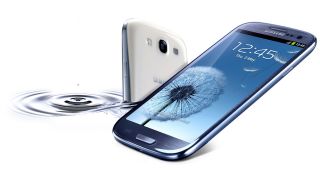 Hail to the king

For nearly a decade and a half, Nokia has dominated annual cellphone sales over rivals like Samsung, LG and more recently Apple.

Based on a new report, Nokia's reign is about to end, as Samsung is expected to usurp the incumbent champion based on its 2012 performance.

Analytics company IHS has forecasted Samsung will finish 2012 with a hold on 29 percent of the cellphone market, while Nokia will retain only 24 percent.

In 2011, the companies actually had nearly inverse those numbers, with Nokia maintaining its control with a 30 percent share compared to Samsung's 24 percent.

For its part, Samsung definitely delivered on the smartphone front, with devices like the Galaxy S3 leading the charge.

Samsung had squashed the competition during the third quarter, selling 98 million phones (55 million of which were smartphones) on its way to a 22.9 percent share of the market.

Nokia meanwhile was big in the cellphone market during the third quarter, moving 82 million devices, though only 7.2 million of those were smartphones.

Apple has managed to hang onto third place thanks to pulling in 10 percent of the sales, but the company still has a long way to go to catch up to either Nokia or Samsung.

Changing of the guard

IHS attributed Nokia's declining performance to the change in direction, as the company is now moving towards Windows Phone 8.

Though smartphones like the Lumia 800 and Lumia 920 did release before the end of 2012, the phones' presence was clearly not enough to make up the ground lost to Samsung earlier in the year.

Conversely, the analytics firm points to Samsung's ability to appeal to both the high-and low-end of the smartphone market as a chief reason for its success.

Samsung saw its smartphone shipments rise 8 percent from 2011, giving it the greatest growth, and a healthy 28 percent of the market.

Meanwhile, Nokia saw the biggest dip in its smartphones shipped, and fell to just 5 percent, which was an 11 percent decrease over 2011.

Apple was then able to hold onto its second place position as far as smartphones were concerned, gaining 20 percent of the total market.

HTC and Research in Motion both barely factored into the equation, with each company holding onto 5 percent of the smartphone market.

RIM's fortunes may be on the upswing in 2013 however, with the anticipated launch of BlackBerry 10 just a month away.

The evolution of smartphones in the current market has accelerated quickly, and it will be interesting to see just how well all these competitors perform during the upcoming year with a host of new handsets expected to take over 2013.