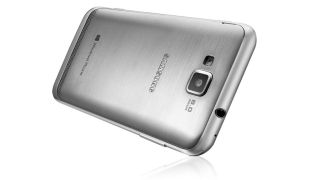 Come out, come out, wherever you are

It seems that the Samsung Ativ S is experiencing more issues, as reports suggest it has been further delayed.

The latest reports come via Sam Mobile, which suggests that in Europe at least we may have to hold out until early next year to get our hands on the Ativ S.

We were supposed to see Samsung's first Windows Phone 8 device land in stores sometime during mid-November, but that has come and gone, with the Ativ S release date now completely up in the air.

We reported last month that the Samsung Ativ S had been delayed, and rumours suggested it would arrive during the first week of December.

Samsung even told us "the launch of Samsung Ativ S in the UK is scheduled in December" – but we're not holding out a huge amount of hope.

UK online retailer Expansys recently told us that it now expects the Ativ S to arrive on December 13, but it has previously been told earlier dates by suppliers which have not come to fruition, so we'll keep an eye on the situation.

From our hands on Samsung Ativ S review, the handset looks to be one of the best phones to run the new Windows Phone 8 software, but the delay in getting it out to customers will surely only hinder the Korean's firm presence on this OS.

We're waiting to hear something official from Samsung regarding these latest reports, and we'll update this article if it gets back to us.