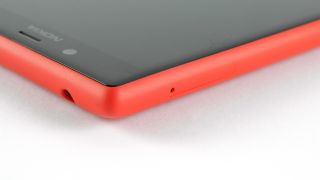 Nokia's commitment to Windows Phone is concerning the money men

Nokia's shareholders have launched a scathing attack on the company's senior management team, warning the Finnish smartphone giant must change course if it is going to survive.

At the company's AGM in Helsinki, investors questioned CEO's Stephen Elop's decision to throw all its eggs in the Windows Phone basket and intimated they were running out of patience with the strategy.

Reuters reports one shareholder, Hannu Virtanen, told Elop: "You're a nice guy ... and the leadership team is doing its best, but clearly, it's not enough.

"Are you aware that results are what matter? The road to hell is paved with good intentions. Please switch to another road."

Nokia has seen sales of its Lumia Windows Phone devices improve significantly in the last year, but the company still trails way behind smartphone heavyweights like Apple and Samsung.

Elop himself remains unmoved and reiterated the company's commitment to Windows Phone on Tuesday, despite criticism that he doesn't have a back up plan if Microsoft's OS fails to take off.

"We make adjustments as we go. But it's very clear to us that in today's war of ecosystems, we've made a very clear decision to focus on Windows Phone with our Lumia product line.

"And it is with that that we will compete with competitors like Samsung and Android."

Rather than look beyond Windows Phone, Nokia may look to boost perception by altering its brand image, judging by a recently-published internal document peeped by Phonearena.

The brand overhaul would pitch Nokia phones as 'More Human' in much the same way Samsung has attempted to convince smartphone buyers that devices are 'life companions' rather than simple gadgets.

The document speaks of the company's City Lens app, Here mapping service, PureView camera tech as well as its advances in wireless charging, as examples of its devices becoming More Human.

Will a brand overhaul be enough to catapult Nokia back into the smartphone elite? Or is it time to bite the bullet and jump on board with Android before its too late?