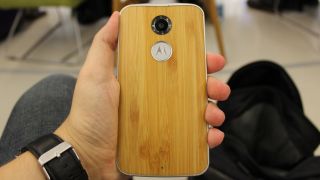 Design for the people

It's hard to argue taste with Apple design chief Jonathan Ive, but that's exactly what Motorola's president seems to be doing in his defense of why the company allows customers to design their own smartphones.

BBC News today reported that Motorola President Rick Osterloh appears to be summoning Apple's legendary "think different" philosophy when it comes to defending his company's decision to allow regular consumers to decide what their smartphones will look like.

In an interview earlier this week with New Yorker magazine, Apple Senior Vice President of Design Jonathan Ive took Motorola engineers to task for "abdicating your responsibility as a designer" by allowing shoppers to use Moto Maker to customize smartphones like the Moto X.

Although Ive stopped short of directly naming Motorola, it's clear who the fabled designer was talking about - and those comments appear to have certainly riled up the hornet's nest.

According to Osterloh, Motorola has intentionally forged a "directly opposite approach" to Apple, one that allows the end user to be "involved in the process of designing products" by customizing the color and finish with thousands of potential options.

In the process, Motorola works to "make really good, affordable devices for people who don't want to spend a lot of money," which Osterloh calls a response to the "outrageous prices" for Apple's competing iPhone line.

"A great smartphone, and a great mobile internet experience, shouldn't be an expensive luxury. It should be a simple choice for everyone," Osterloh concluded.

Apparently consumers have already made their choice: Apple racked up $18.04 billion (about £11.87B, AU$22.72B) profit in the last quarter alone - more than any other company in history - buoyed by the sale of a whopping 74.5 million iPhones.