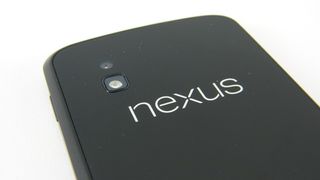 The next generation awaits

LG is pretty busy right now if these latest rumours are to be believed – the company is said to be working on a Nexus 5 and a new Google TV set.

The Korean Times states that Google CEO Larry Page recently met with Koo Bon-joon, LG's chief exec, and the two bashed out some important details regarding the successor to the Nexus 4.

Google was also apparently very interested to talk all things OLED and reports claim that an LG OLED with Google TV on board was another big topic of discussion.

Could a curvy Google TV be on the cards, now that LG has announced its 2013 rollout of curved displays?

After the Nexus 4 supply issues, there were questions over LG's role in the delays although LG denied that it was in any way at fault.

Either way, it looks like both companies are keen to continue their partnership - but as for this Nexus and TV speculation, we'd take it all with a nice dose of salt for now.

But with Google I/O now very close, it might not be long until we hear more about what's in store for Google's partnership with LG.