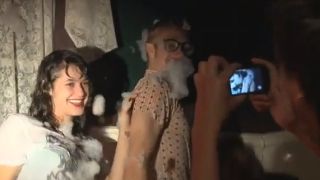 Focus group videos filmed ahead of the launch of the Microsoft Kin show that the company knew the handsets struggled to do basically everything.

If you don't remember the Kin range, let us refresh your memory: it was a short-lived line-up of semi-smartphones launched by Microsoft in 2010.

It's fair to say they did not do well, and were pulled from shop shelves after just a few weeks on sale, despite natty ads featuring hip young youths. The handsets did not even make it across to the UK before the project was killed.

Wired has got its hands on some internal focus testing videos that prove that Microsoft knew the Kin handsets were lacking in basic usability, but pushed ahead with the launch anyway.

"Annoying", "frustrating" and "useless" are three adjectives used to describe simple scrolling on the phone, with one tester saying, "This phone would have gone back if I'd paid for it."

Even making a call using any of the Kin phones was a disaster as the testers struggled to even enter a phone number adequately. It makes for frustrating viewing; we can't imagine how annoying it must have been to actually do.

At least the company seems to have improved on its hardware strategy with the Windows RT-running Microsoft Surface tablet; just as well, given the rumours of a Surface Phone in the works.