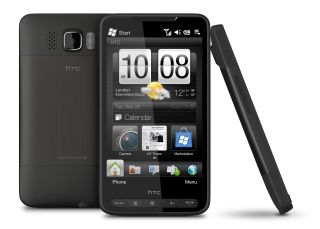 Way back in 2009, then fledgling smartphone maker HTC released the HTC HD2, a phone that seems positively quaint by modern standards.

With just a single core 1GHz processor, 512MB of RAM, and a 4.3-inch screen that only has a 480 x 800 pixel resolution, while powerful for its time is nothing compared to the likes of the Galaxy S6. Oh, and it originally ran Windows Mobile 6.5.

Some smart developers have now managed to get it to run the most recent version of Android, Marshmallow.

The upgrade was not officially released by HTC (which probably lost the last HD2 it had down the back of the sofa some time in 2011), but was manually installed by the folks over at XDA-Developers.

And while yes, the OS technically works - it isn't a great user experience. The Wi-Fi, screen and audio all work fine, but everything else is something of a work in progress. Still, if you watch the video below you'll see how it doesn't run as slow as you might expect.

As a proof of concept, it is hugely impressive and shows how older devices could be given a new lease of life. To load on Marshmallow the hacker who goes by username 'macs18max' took CyanogenMod, the popular unofficial version of Android.

He then merged it with "Evervolv", a set of fan-created legacy codes to help older devices work with newer versions of Android. Now how about making iOS9 work on an Apple Newton?