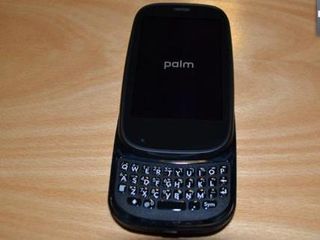 The successor to the Palm Pre has landed in the UK and the folks at T3 have managed to get their hands on the device.

Coming equipped with a new operating system, the Palm Pre is the first true handset to be made by Palm (the Palm Pre Plus doesn't count) after their acquisition by HP.

HP's stamp is noted straight away, as it seems that since the takeover the Palm Pre 2's OS is no longer called WebOS 2.0 but HP webOS.

The handset is pretty much the same dimensions as its predecessor, the Palm Pre Plus, but the Palm Pre 2 has been slimlined. This is because of a new glass screen that no longer bulges out of the device, but sits flush.

Because of its glass, the screen is more responsive and jagged edges are now gone, so the phone won't be able to cut cheese like the last one.

The Palm Pre 2 comes equipped with a 5-megapixel camera (situated on the back). This is an improvement on the 3MP one found on the Palm Pre Plus.

The whole thing is also powered with a processor that is twice the speed of the Palm Pre Plus - a 1GHz Texas Instruments Omap 3630.

When it comes to the OS, WebOS 2.0 / HP webOS is impressive. There's proper multi tasking and the Cards style home screens are still present.

According to T3, a new feature in Cards is Stacking – windows within applications open like a stacked deck of cards, so if you open more windows within one browser session and they'll appear together, letting you open one full screen in no time.

What's impressive is that you can switch the order so whatever app is your favourite can be on top.

There's no limit to how many you can stack, but it depends on how memory intensive they are. Palm does say it should run 20-30 apps at once.

Other new features are that universal search has been renamed Just Type. Palm is working with websites, so that modules for these sites are created. Once done then you should be able to browse a website without actually going through the web browser.

This is something which had to happen, considering the might of the App Store and Android Market. It is now easier to search for apps and there is a new featured section.

Finally, the Palm Pre 2 does a bit of moonlighting as a clock and a digital photo frame. Chuck it in the accompanying dock and it will showcase an app while it is lying there doing nothing.

The original Palm Pre never quite proved itself to be a proper contender in the smartphone market, but with a sprinkling of HP it seems that the Palm Pre 2 could well hold its own.