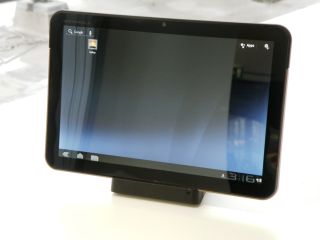 Android set for a huge boost

Google buying Motorola Mobility, the handset arm of Moto, caught everyone by surprise, but it was quickly assumed to be about the search giant suiting up for the imminent patent war.

And that's really what it's all about - Android is crucial to Google as a future cash stream as we increasingly stuff more portable devices into our bag.

However there's a more pressing question on the minds of consumers: what will this mean for actual devices?

As the news of the announcement broke, many questioned why Google didn't pick up a more popular brand - HTC would be the obvious choice, given its close links to the formation of Android and escalating prominence.

Patents aside (the Taiwanese firm holds far fewer than Moto) it still wouldn't make sense for Google to pick up the firm. HTC has a much higher market capitalisation, meaning a much bigger outlay, and would surely resist such a bid given its upward trajectory.

Plus, in Motorola, Google has now got the perfect test bed for both phones and tablets - in the US, it's one of the leading brands for both at the moment with a rich heritage in devices (albeit one that was heavily on the wane until recently).

So what does this mean for the Xoom 2 or the next Droid? It's interesting to note that Google doesn't want to make Motorola the main creator of Nexus devices, as it wants to run the company separately from Android and keep the bidding process open to other companies.

However, the acquisition is still very much good news for consumers. Android devices will be much better braced to take on the iPhone and iPad - a tightly integrated OS and hardware package that brings a polish to the Google experience we've been lacking so far as the search giant is forced to compromise with a number of other hardware partners to optimise its OS.

Where Apple has been keen to spend time and marketing dollars pointing out how magical its latest iThing is, Google has had to develop working relationships with Motorola, HTC, Samsung and more, offering helpful suggestions in how these companies should promote the tablets and phones but not being able to fully shape the experience.

Not any more though; now all Googorola devices will have a quicker development process that's completely in line with Google's vision. The Motorola Xoom (Google's reference hardware for Honeycomb) and the Nexus phone range have always been the first to get the newest Android update, and that process is now only going to get more streamlined, even if another company is involved.

If Google can come up with some market-leading designs for the likes of the Xoom 2, it's hard to see any other tablet being more sought after - Google is highly likely to keep Motorola tablets at the front of the queue for the latest version of Android, so what consumer in their right mind go for an alternative?

Motorola was an ailing brand that, despite signs of green shoots, still has a long way to go before being seen as a force in the mobile industry, especially in the UK.

The Googorola deal will mean cash and manpower being pushed into the Motorola project, a move that will hopefully yield more innovative and sleek devices... and that can only be a good thing.