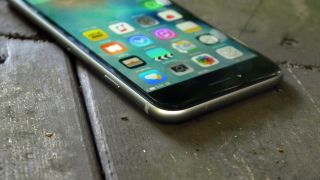 Apple sure knows how to make money

We all know Apple makes a huge amount of money, dwarfing most smartphone competitors. But its portion of the smartphone profit pie is now larger than ever, with the company raking in 94% of global smartphone profits during the third quarter of the year.

That's up from 85% during the same quarter of 2014 and it's a figure Apple achieved despite selling just 14.5% of the total smartphone number for the quarter.

To put that into perspective Samsung achieved 24.5% of global sales during the same period, yet took just an 11% share of profits, according to a Canaccord Genuity report cited by Apple Insider.

Those profit figures exceed 100% because many handset makers, such as Sony and HTC, actually posted a negative operating income.

Apple has managed to make such an insane amount of money on a relatively low volume of shipments thanks to high sales prices, with the average price of an iPhone in the quarter coming in at $670 (around £440) and high operating margins of 37%, meaning the company made a lot on each phone.

Samsung's phones by comparison saw an average selling price of just $180 (roughly £118) and margins of 10%. It therefore made far less off each handset and a lot less overall despite selling far more units.

So have we hit peak Apple? Maybe not. Obviously the recent launch of the iPhone 6S will have helped sales, but in Q4 of 2014 the company achieved a 93% profit share, likely in part driven by Christmas sales.

This year that figure could be even higher and while a slump is likely in early 2016 the iPhone 7 could break sales records all over again, especially as it's likely to sport a new design.