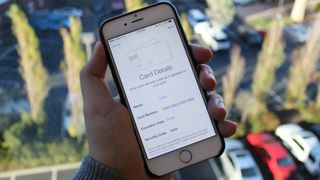 US retailer Target is developing a mobile wallet solution to take on the likes of Apple Pay, Android Pay and Samsung Pay.

However, Target has said that while it's developing a mobile wallet, it hasn't committed to launching it, according to sources speaking to Reuters.

If Target decides to launch its platform, it could come as early as next year as it already has partners lined up.

The news comes just a week after Walmart launched a QR-based mobile payment solution, Walmart Pay, as an extension of its smartphone app.

Like Walmart, Target has put its lot in with the QR code-based payment app CurrentC to take on Apple Pay, though the launch of CurrentC has since been delayed.

It's very likely that Target's mobile wallet could incorporate CurrentC, or Target could instead use NFC.

Either way, there is an increasing interest in companies making their own mobile payment solutions, and 2016 could see even more hit the market.