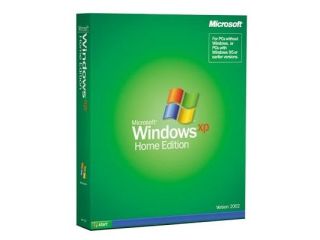 As expected, Windows XP service pack 3 has been released to manufacturers, with Microsoft confirming that the update will be available to the general public online from April 29.

The arrival of SP3 has already been widely leaked, but Microsoft is yet to firm up the date in which the update will be rolled out to those who use auto-updates rather than manually downloading the patch.

Currently this is still slated as ‘early summer’ with a June date widely anticipated.

SP3 will bring a whole host of updates and patches – many of which are already available as separate patches.

Posting on the official forum, Chris Keroak - the Release Manager of SO3 said; "...we are happy to announce that Windows XP Service Pack 3 (SP3) has released to manufacturing (RTM). Windows XP SP3 bits are now working their way through our manufacturing channels to be available to OEM and Enterprise customers.

"We are also in the final stages of preparing for release to the web (i.e. you!) on April 29th, via Windows Update and the Microsoft Download Center. Online documentation for Windows XP SP3, such as Microsoft Knowledge Base articles and the Microsoft TechNet Windows XP TechCenter, will be updated then.

"For customers who use Windows XP at home, Windows XP SP3 Automatic Update distribution for users at home will begin in early summer."

It is another chapter to an interesting few weeks for XP – not least because of the continued speculation that its continued popularity has earned it a stay of execution.

Microsoft has already confirmed that the OS will remain available for the burgeoning sub-notebook market, but Steve Ballmer’s statement that the company are still listening to advice on the matter has raised hopes that XP will go on