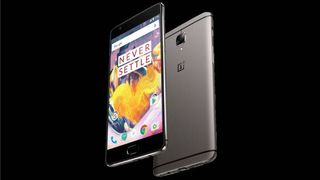 The fact that the successor to the extremely popular OnePlus 3 is making its way to India is an open secret. But now we finally have a release date! The OnePlus 3T is going to launch in India on December 2 and will be sold alongside the existing OnePlus 3.

The information was revealed by a tweet by Vikas Agarwal, General Manager, OnePlus India.

OnePlus has taken the Apple route with the OnePlus 3T. Just like Apple’s ’S’ models, the 3T has exactly the same design as the OnePlus 3 with an upgraded processor, bigger battery and a better front facing camera.

How much will it cost?

The OnePlus 3T looks almost identical to the OnePlus 3, with a few software and hardware tweaks that OnePlus says “were “inspired by feedback from the active OnePlus community.”

Design wise the biggest difference between the 3T and the outgoing model is the new Gunmetal Grey colour and a Soft Gold colour which will be launched soon.

While these are not massive improvements in any sense of the word, this should make the OnePlus 3T slightly faster than its predecessor.

The handset also comes with OnePlus’s ‘Dash Charge’ technology, which the company claims can give the phone enough juice to last a day with just a 30 minutes charge.

If you were hoping the OnePlus 3T comes with a QuadHD display, you’re in for a disappointment as the new handset still makes do with a 5.5-inch 1080p Optic Amoled display.

Now, what is this "Optic" AMOLED technology that OnePlus is talking about? Well, it is an AMOLED panel that OnePlus has tuned for greater emphasis on blacks and reds, which OnePlus believes gives a better brewing experience

The lack of a QuadHD display might be a disappointment for some, especially those interested in using the smartphone for VR.

The front camera of the OnePlus 3T has been bumped up from an 8MP sensor to a 16Mp Samsung 3P8Sp sensor with an aperture of f/1.0 and a pixel size of 1.0 microns.

On the software front, the camera has seen some tweaks such as an improved manual mode which will allow you to control the white balance, ISO, shutter speed and so on and RAW image support.

The OnePlus 3T is running the latest version of OxygenOS based on Android 6.0.1 Marshmallow. No Nougat for now sadly which might be a put off for some.