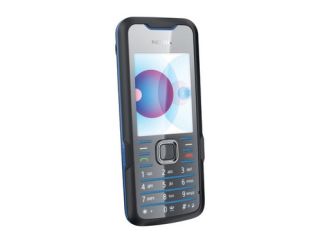 Glamour is the order of the day with the latest mobile phone range from Nokia. Taking the stance that your phone should be as style conscious as your handbag (or manbag) the Supernova range comes in a variety of designs, all of which can be personalised.

The new range consists of the Nokia 7610, 7510 and 7310 and 7210. The phones come with a choice of exchangeable Xpress-on covers which, according to Nokia, consist of "striking colours and glamorous surfaces".

The 7610 includes a 3.2-megapixel camera, dual LED flash and 8x digital zoom. It's also equipped with an MP3 player and FM radio.

The folding 7510 has less imaging power – its camera is 2 megapixels – but it does house some 'magical' light effects. Ooh!

There's also a link-up to YouTube and access to Nokia Maps 1.2. So, it's the perfect phone if it's dark and you are lost, then.

The 7310 and 7210 both include a 2 megapixel camera, with the 7310 available in a variety of food-for-thought colours ('mushroom silver', 'plum jam', 'electric blue', 'yellow mellow' and 'espresso brown') and the 7210 available in the E-number crazy 'bubble gum pink' and 'vivid blue'.

The Supernova phone range will be rolled out throughout 2008 and pricing starts at 120 euros (£95).