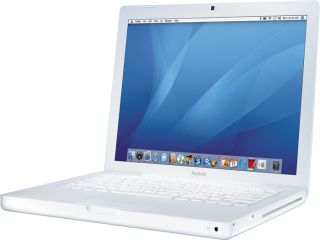 Is Apple planning a Mac laptop with no hard drive?

Reuters is reporting the news that Apple fans have been waiting for - a new line-up of Mac notebooks with flash memory instead of traditional hard drives could be on the cards for later this year.

The agency cites an analyst at American Technology Research who bases his prediction on unnamed sources. Given that the track record of Shaw Wu includes forecasting the iPhone before it came to light, the prospect of an Apple sub-notebook looks good.

Wu says the likely Macs will appear in the second half of 2007 and will use flash memory to form what are known as 'solid state drives', or SSDs, in place of a standard spinning hard drive. SSDs are not only lighter and faster than hard drives but they are also considerably more robust as they have no moving parts.

The analyst says the predicted Apple subnote will run a cut-down version of Mac OS X, a feature that will help the machine run faster but which will make it less attractive to power users.

The Reuters report speculates that faster boot times will appeal, although Mac OS X is fast enough off the blocks for this to be insignificant. Overall, we think a Mac laptop with an SSD (and a price premium) is a certainty, as there are no Apple laptops in the ultra-light bracket. On the downside, we're sceptical about it appearing with a diminished OS and, more importantly, anytime before next spring.