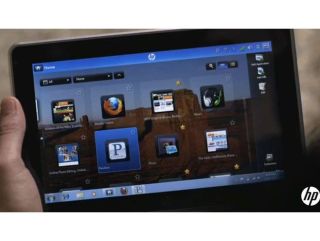 HP is having something of an up-and-down week, with news that the company is set to launch a webOS tablet in the first quarter of 2011 following the shock departure of the company's CEO earlier this month.

According to a number of sources at a recent company meeting, HP's webOS is set to be made available on a tablet PC next year.

The news hardly comes as a shock, as developing and monetising webOS was clearly one of the major reasons why HP acquired Palm earlier in July this year

Engadget cites "trusted sources" that were in attendance at a recent employee meeting where HP Senior Vice President Todd Bradley mentioned a planned first quarter of 2011 launch for a webOS tablet.

The sources added that the internal code name for the project is Hurricane.

HP plans to develop and use Palm's webOS in various ways across a number of consumer product lines, from tablet PCs through to web-connected printers and smartphones.

So in addition to the new webOS tablet, HP is currently working on a Windows 7-based slate PC for the enterprise sector and an Android-based Zeen e-reader for consumers.

And who was it that said tablet PCs were a flash in the pan?