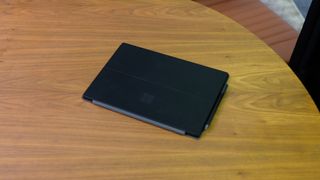 More alleged details on the ‘Lite’ operating system – Microsoft’s rumored lightweight spin on Windows – have emerged, shedding further light on what kind of machines the OS will run on, and just how far it has been stripped-back and simplified.

You may, or may not, recall that journalist Brad Sams, a prolific source of info relating to Microsoft, spilled the beans on Lite at the tail-end of last year, revealing an apparently lightweight OS which can run on any processor, including low-end hardware to rival the likes of super-cheap Chromebooks.

The latest nuggets from Sams insist that Microsoft is working on Lite for two different types of devices categorized as Centaurus and Pegasus.

Now, Centaurus probably rings a bell, because it’s the dual-screen 2-in-1 device Microsoft is reportedly working on. Pegasus, on the other hand, simply refers to other different styles of laptops which will run the OS at the lower-end of the market.

We’ve heard before that the idea is for Lite hardware to have instant-on functionality – in other words, you hit the power button, and the OS is there in the blink of an eye – and these portables will be ‘always connected’, and powered by any CPU, even low-end chips. Given the mention of always connected, Qualcomm’s Snapdragon-powered laptops – the ones that currently run Windows 10 on ARM – would be obvious targets for Lite.

These new details further reveal that lengthy battery longevity will be a major focus – which again isn’t a surprise, as it’s already a strong suit of Windows 10 on ARM devices – and that Lite will be ‘significantly simplified’ when compared to full-fat Windows.

That means a simple system of updates (presumably largely self-powered), and an overhauled minimalist UI, which ties in with what we’ve previously heard about a radically redesigned Start menu that gets rid of Live Tiles.

While Lite will still have actual windows in the interface, it will, like Chrome OS, be “more of a one app at a time experience” according to Sams. In other words, multi-tasking facilities will likely be limited, and this won’t be an operating system you’ll want to run on your desktop PC. The latter will remain very much Windows 10 territory.

Lite is, therefore, theoretically shaping up to be a supremely lightweight OS which will run on almost any hardware thanks to its much-decreased demands on the processor and other key components.

It may even go as far as to eschew support for traditional Windows apps and instead make its software lifeblood applications from the Microsoft Store and PWAs (progressive web apps).

We’ve already heard how Microsoft is pushing PWAs, and driving hard to get more of them, as part of plans to beef-up its app ecosystem ahead of the launch of rumored dual-screen devices (not just Centaurus, but a possible smaller mobile Surface device, previously referred to as a ‘pocketable’ computer).

Everything seems to be tying together, then, with Microsoft’s future seemingly built around Lite OS, PWAs, and these purported dual-screen devices and low-end laptops to rival Chromebooks.

Previous buzz from the rumor mill has pointed to a 2019 launch for both Lite and Centaurus, so fingers crossed that whatever is happening, it happens this year and we’ll know about it soon enough.