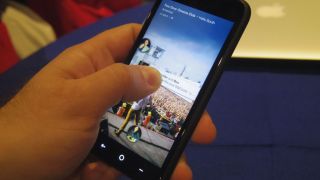 Facebook is changing everyone's News Feed to feature fewer auto-shared posts, including what Spotify songs their friends are listening to and images they like on Instagram.

In a move to reduce auto-shared spam, the social network promises users' third party apps will post fewer stories on their behalf. Additionally, apps that auto-share your activity, such as Socialcam and Viddy, will need to prompt users with an option to opt out before apps can post the video to their timelines.

However, Facebook isn't doing away with sharing from third-party apps completely. In a developer update, the social network wrote it's prioritizing explicitly shared stories over automated posts.

By doing so, Facebook users should feel less confused by activity that shows up seemingly on its own. Meanwhile, everyone can breathe a sigh of relief knowing their News Feeds won't be flooded with "implicitly" shared posts all the time.

This time it's personal

Automated sharing helped build Facebook into an aggregator that allowed users to post practically everything they saw and did online.

However, in the last year the company has been trying to reinvent itself as a more mature and conscientious social network with revised privacy controls. By combing down the News Feed to promote explicitly shared content, Facebook wants to pull only the most interesting and personal stories from the web.

While auto-sharing helped Facebook grow as the internet's boombox, it's actually hurt the thumbs-up firm; Yang wrote that the number of implicitly shared stories has declined as people have come to associate these posts with spam.