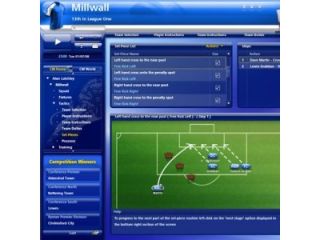 Championship Manager - still worth more than the whole of Burnley FC

Eidos has decided to be digitally daring in its promotional campaign for Championship Manager and has brought the price of the game right down to a penny.

It's all part of a 'pay what you want scheme', which starts today and runs through to 10 September.

There is a slight catch: although the game can officially cost just a penny (if you are really stingy) you do have to pay a £2.50 download cost, bringing the game's price to a still fantastically low £2.51.

Those who have signed up and registered before will then be able to download the game from 11 September at Champmanstore.com.

"For 15 years you've been fans of ours and you've been our supporters. We'd like to offer you something back for that support," said Roy Meredith, General Manager of Championship Manager, possibly with his fingers crossed hoping that Joe Public spends a little more than a penny for the game.

Eidos said about the honesty box decision: "We're keen to see as many people as possible playing Championship Manager, and think this is a great way to get people playing."