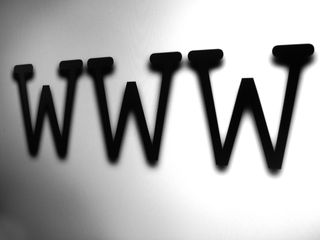 ACS:Law may have announced that it has stopped sending out letters to suspected file sharers and that it has dropped its cases against 26 people, but it seems the company could be back in court again soon.

This time, though, it may be prosecuted over the letters it has sent. That is if the Pirate Party and solicitors firm Ralli has anything to do with it.

According to TechEye, the Pirate Party has called for an investigation into the way ACS:Law conducted its business.

The Pirate Party believes that the European Commission should look into just what went on at the firm and whether directives and regulations on the subject were actually met.

Solicitor firm Ralli is also looking into the goings-on at ACS:Law and is advising "hundreds of consumers who allege that letters received from firms alleging copyright infringement amount to harassment".

Michael Forrester of Ralli's intellectual property and IT teams said to TechRadar: "The Court was told yesterday that ACS:Law, GCB Ltd and all other companies have stopped sending out letters to consumers.

"This is a welcome step forward, but we also need some comfort for the many people who have already received a letter and continue to protest their innocence.

"The Court may find a way of permanently stopping these firms from pursuing claims of copyright infringement in this way. We are dealing with cases where consumers have explained how they cannot possibly have uploaded or downloaded copyright protected material, but they are still pursued.

"It can be incredibly upsetting for people to receive these letters and they may well have a claim in harassment, so I am urging them to come forward."

Adding more than a hint of irony to the situation, in ACS:Law's plea to the courts to drop the copyright infringement cases, the boss of the firm, Andrew Crossley, admitted he was also suffering harrassment, notably death threats, bomb threats and email hacks.