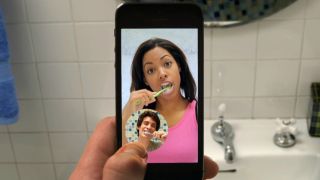 Pinky swear, for realsies this time

It took a couple of months and a bunch of legal proceedings but Snapchat is finally answering for the major privacy breach it had this January and the false promises surrounding the ephemeral social app.

The Federal Trade Commission announced that it has reached a settlement with Snapchat following the Find Friends flub. The FTC alleged that the Snapchat app on iOS devices collected the names and phone numbers of contacts Apple mobile devices.

The FTC continued to say Snapchat collected this information without notifying or obtaining users' consent. Ultimately this created a giant breach, exposing the phone numbers, usernames and locations of 4.6 million of the app's users in North America.

To help deter the same snafu from happening again the FTC agreement requires Snapchat to implement a new "comprehensive privacy program." Additionally, the FTC also stated that an independent privacy professional would monitor Snapchat's privacy policies for the next 20 years.

While the Find Friend breach was the headlining issue brought up during Snapchat's hearing, the FTC also scalded the app's makers for falsely marketing its app with "ephemeral" messages that disappear into the ether.

While images and video disappear after seven seconds, the commission raised the issue of how recipient could use third-party apps or even a device's built-in screenshot tool to save a photo copy indefinitely.

"If a company markets privacy and security as key selling points in pitching its service to consumers, it is critical that it keep those promises," FTC Chairwoman Edith Ramirez said in a release.

It's been a year of highs and lows for Snapchat, it will be interesting to see if the app will still be as popular as ever after all its problems earlier this year. Even with the recent additions of video calling and text chatting, Snapchat may have burned too many bridges with its prior breaches of privacy.