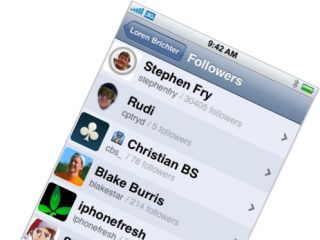 A Google/Twitter deal makes sense to both sides

Here's proof that Google reads everything on the internet: a few weeks back we suggested that the search firm should buy Twitter; today, Techcrunch reports that Google is in talks to - yes! - buy Twitter.

So why would Twitter say yes to Google when it recently turned down nearly half a billion dollars from Facebook? The short answer is that Facebook's offer was largely in Facebook shares, which the company had massively overvalued.

According to Techcrunch Google's offer would consist of cash and proper shares - that is, shares that have been valued by the stock market rather than a bunch of suits in a boardroom. And of course Twitter's founders already know a bit about Google: they sold Blogger.com to the search giant a few years back.

The benefits to Google are obvious enough. Twitter delivers real-time search, which is something Google doesn't currently do, and it's a particularly useful way for firms to find out what people are saying about them - good and bad.

If Google's acquisition of Blogger is any guide, taking over Twitter wouldn't make much difference to the way the service looks or works. Those little ads that recently started to turn up on the Twitter home page would quickly become Google ads, we're sure, and we'd expect the option to stick ads in the RSS feed of your status updates, too.

Other than that, we doubt Twitter would change much - although it's nice to think that the Fail Whale would become an even rarer sight thanks to Google's server horsepower.

Bad news for the internet

Of course the whole thing is still a rumour, and even if Google and Twitter are in talks the whole thing could amount to naught. But a deal makes sense for both sides and for Twitter users, too.

However, while the deal would be good news for everyone concerned, it could be bad news for the wider internet.

The problem is that far too many online services haven't a clue how they're going to make money, and in many cases the business plan appears to be a single sentence: "Get bought by Google".

Twitter arguably falls into that category, because it's yet to find a way of generating significant income. That's not a big problem if, like Twitter, the sites are doing something new, but if they're competing against existing businesses then it's bad news for the wider economy.

Just look at what Amazon.com did to the independent book sector: thanks to its financiers, it didn't have to worry about little things such as making a profit for several years - so it thrived while existing booksellers withered and died.

If venture capitalists will happily fund new sites whose entire business plan is "get bought by Google", letting them play at being businesses without worrying about whether they'll ever make money, booksellers won't be the only people looking for alternative employment.