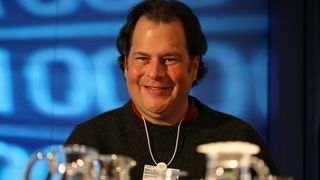 The CEO of Salesforce.com

Salesforce.com's stock briefly sunk in the red after the announcement, probably because analysts were expecting a higher earnings per share (expected, $0.12, achieved $0.13) but recovered later in the day.

Its CEO, Marc Benioff, expects the full fiscal 2015 revenue to reach $5.37 billion, ballooned by a rise in subscription and support revenues as well as professional services.

The company is currently sitting on cash reserves of $1.67 billion, one which could be used in the short term to fill gaps in its services portfolio. Salesforce.com acquired four companies last year (Exacttarget, EdgeSpring, EntropySoft and Clipboard) but only one (RelateIQ) so far in 2014.