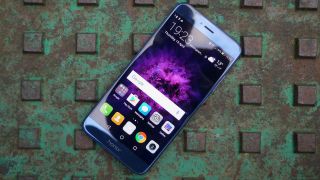 Chinese smartphone maker Honor has announced a discount on two of its popular devices, the Honor 6X and Honor 8 Pro in India. The discount is a limited period offer and can be available between December 12 and December 19 on Amazon India.

The Honor 8 Pro, the company’s flagship smartphone has received a discount of Rs. 4,000 from the Huawei-owned Honor. The device is currently available for Rs. 25,999, down from its original price of Rs. 29,999.

Both, the Honor 6X and Honor 8 Pro come with a dual camera setup. Earlier this month, Honor had launched the Honor 7X in India, with a starting price of Rs. 12,999. With this discount on the Honor 6X, the company hopes to clear out the remaining stock of the older device. Let’s take a look at the specifications of the two devices that have been discounted.

Coming to the camera department, the Honor 8 Pro features a dual 12MP camera setup. It comes with Phase detection and Laser autofocus and dual LED flash. On the front, the device sports an 8MP secondary camera with f/2.0 aperture.