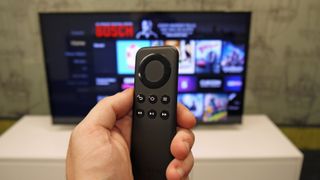 Next time you pack your bag for vacation, you might be bringing an extra electronic with you. Amazon has announced that the latest over-the-air update for the Amazon Fire TV and Amazon Fire TV Stick will endow the micro-systems with the ability to connect to Wi-Fi networks that require web authorization to connect.

While that may sound like some crazy jargon Amazon stitched together to sound edgy, it might actually radically impact the way you travel.

These web-authenticated networks Amazon is referring to are typically found in hotels and around college campuses that give the establishments greater control by assigning credentials to its users. The Fire TV is the first set-top box to have this ability, according to Amazon, though if it hits a chord with the college campus crowd, it may not be the last.

Amazon in the Amazon?

The travel companion update was just one part of the larger patch rolling out to Fire TV.

Other notable improvements are the ability for both devices to access Amazon Prime Music playlists, and the Fire TV to use USB devices for expandable memory and enabled pairing with Bluetooth headphones.

What makes the travel portion so much juicier, however, is its implications for global nomads. Imagine taking the 9.9 oz Fire TV with you on a cross-country trek instead of a bulky laptop, or never missing an episode of Game of Thrones just because your hotel didn't have HBO.

Are you a college student ready to cut the cord thanks to Amazon's killer app? Check out our Best online TV streaming services comparison.