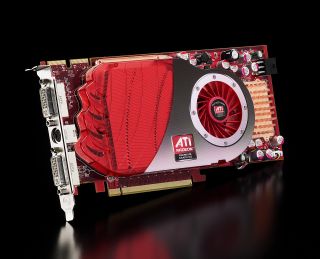 NVIDIA's long-time hold on the graphics market is under threat from ATI, with the release of its new Radeon 4800 series cards today.

Initial tests on ATI's 4850 model are very positive, with the new graphics cards said to easily match Nvidia's latest offerings in terms of performance, while blowing them out of the water on price.

At £130, the ATI Radeon 4850 is quite a bargain. And with more advanced cards on the horizon such as the Radeon 4870 threatening to set a performance benchmark, it does seem that NVIDIA's dominance of the high-end graphics market (currently the GeForce GTX 280 is the one to beat) could be nearing an end.

We will of course be sure to bring you further news on all new graphics card tech from NVIDIA and ATI as and when we get it.