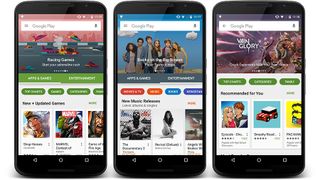 Filtering the good apps from the bad on Google Play can be hard enough when there are hundreds of thousands to choose from, but with some sporting fake reviews and ratings the challenge becomes even harder. Fortunately, Google is on the case.

The company has announced that it’s improved the ways that it identifies and removes fake reviews and ratings. It hasn’t said what those improvements are, but the end result will apparently be that it removes more fakes and does so with greater accuracy.

If you’re an app developer yourself, chances are you have nothing to worry about, but if you’re working with another person or company to promote your app Google advises that you check-in with them to ensure they’re not using fake, paid or incentivized reviews and ratings, and that they all come from genuine users.

Google plans to continue enhancing its systems, to further improve the accuracy and legitimacy of reviews and ratings, so you’ll know that 5-star Justin Bieber soundboard you’re considering really is worthy of 5 stars.

But if you need a little more help in finding the best apps we’re here for you, with our constantly updated lists of the best Android apps and the best free Android apps.