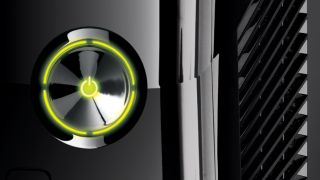 Will the games industry get out of its slump?

Microsoft's Xbox 360 holds the top selling console spot for the fifteenth month in a row according to the NPD Group's October sales numbers.

The console sold 250,000 units during the month of October and accounted for 56 percent of all game system sales, making Xbox 360 the most popular system.

Throughout the year sales across the industry have lagged behind 2011's numbers, as gamers increasingly turn to downloadable and mobile games, neither of which are accounted for in NPD Group reports.

Sales have also slumped due to gamers awaiting the next generation of hardware. Nintendo's Wii U will be the first new console out of the gate, arriving on Nov. 18.

Microsoft and Sony both have systems in development as well, which are rumored to launch in late 2013 or early 2014.

NBA 2K13 was the only game in October to break 1 million sales, even with combined sales of the two Pokemon games reaching 867,000. In fact, the original Pokemon Black and White sold 2.5 million copies their first month last year.

Despite slumping sales, the NPD Group is optimistic when looking at the rest of the holiday season.

"While October was another month of steep declines in retail sales, we are looking forward to November 2012 with the results of Assassin's Creed III, and Halo 4, which were positively reviewed, as well as the results of Call of Duty: Black Ops II.

"These software titles, along with the Wii U launch on November 18, will provide a much needed boost to retail sales," NPD analyst Liam Callahan said.

Consoles are also expected to see an improvement from holiday sales as Callahan observed, "While we saw declines in hardware unit sales across all platforms year-over-year, when looking at average sales per week versus September, several consoles realized higher sales: the 360, PS3, NDS and 3DS.

"This is a sign of increasing momentum as we move into the holiday season."