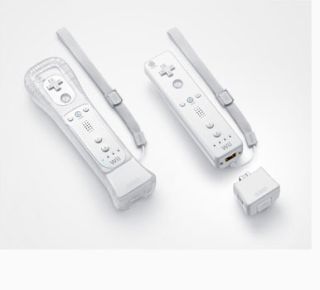 Wii MotionPlus - given a shot in the arm by Link

Nintendo has revealed what it will be showing off at gamescon in Cologne, including Wii Party and Legend of Zelda: Skyward Sword which promises to take advantage of the underutilised Wii MotionPlus.

Wii MotionPlus arrived a year ago, bringing extra accuracy to the Wiimote, but take up has been muted.

However, Nintendo's use of one of its most powerful and critically acclaimed franchises – Legend of Zelda – could give the add-on a much needed push.

"Worldwide anticipation continues to build ahead of the upcoming launch of The Legend of Zelda: Skyward Sword in Europe in 2011 for Wii," explains Nintendo.

"For the first time, the precision of Link's sword movements will be exactly replicated due to the required Wii MotionPlus accessory.

"Players can also enjoy the beautiful graphics which give you the feeling of walking straight into a painting.

"With a plethora of new gameplay mechanics, Link's latest adventure has been given a refreshingly different feel from all the past titles in the series."

There are a plethora of other games being shown off, although Nintendo's release makes no mention of the much-anticipated 3DS handheld.

"Charles Martinet - the voice of Nintendo's plucky plumber, Mario, and many other Nintendo characters for more than 20 years, will be present at the show, where guests can play all of the Mario games that have ever appeared for Wii and Nintendo DS, including the latest cosmic funfest Super Mario Galaxy 2," explains Nintendo.

"Visitors to the Nintendo stand will not only be able to get their hands on an exciting range of upcoming game titles – including The Legend of Zelda: Skyward Sword, Metroid: Other M, Donkey Kong Country Returns, Wii Party and many others."