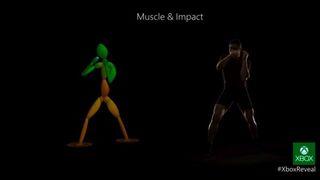 The new Kinect is integral to the Xbox One

Microsoft's Marc Whitten stepped on stage at the Xbox reveal today to introduce the Xbox One in detail, including a new Kinect sensor for the new console.

He said the new Kinect is "rocket science-level stuff." The new Kinect has a 1080p widescreen view of your world. "Now that world is crisp, it's clear and beautiful," Whitten explained.

The new Kinect can sense your movements in greater detail, and sense your heartbeat and minuscule shifts of your weight, he said.

The Kinect, by the way, is now not an option. Here's what Xbox Wire had to say about the new sensor:

"The all new Kinect is now an essential and integrated part of the platform. By having it as a consistent part of every Xbox One, game and entertainment creators can build experiences that assume the availability of voice, gesture and natural sensing, leading to unrivaled ease of use, premium experiences and interactivity for you."

So if you're not into Kinect, you might want to get used to using one if you want the Xbox One.

Generally speaking, Whitten described the Xbox One as consisting of three main parts.

First is the console itself, with its "revolutionary Xbox One architecture," as Whitten described it.

Then there are the input devices; the new Kinect, the new Xbox One controller and SmartGlass integration with smartphones and tablets.

Lastly there's Xbox Live, which Whitten said is now "reinvented" around the cloud.

Kinect, though, is "the binding power" that makes the Xbox One work, he explained.

Microsoft showed off few new games today during the Xbox One reveal, but expect more - no doubt including plenty that utilize the new Kinect - at E3 in June.