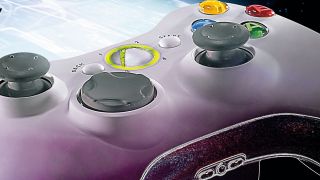 Does this mean the Xbox 720 is in production?

Want a cheaper alternative to the Xbox 360? Well, today is your lucky day. Microsoft officially launched its subsidized low-cost Xbox 360 bundle for $99 in the US, but you may want to read the fine print before you buy.

The $99 bundle was rumored to come out just last week, including a 4GB Xbox 360 system, Kinect sensor, and two years of Xbox Live Gold membership.

To offset the low cost, Microsoft is asking buyers to sign a two-year contract with a $15 monthly charge, and early termination fees for cancelling the contract prematurely.

While just under $100 seems like a steal for a new game console, when all is said and done after two years of monthly fees the bundle's real cost comes out to $459.

Considering that a 4GB Xbox 360 with Kinect and a two-year Xbox Live membership only adds up to $420 when paid upfront, the subscription bundle starts to lose some of its appeal.

We hoped that Microsoft might sweeten the deal by including subscriptions to some of the video streaming services available through Xbox Live, or a tie in with the company's upcoming Woodstock music streaming service that will be revealed next month.

However, now that the deal has been officially announced there are no additional subscriptions or services included.

The deal is currently only available through Microsoft's own retail stores across the country, requiring potential buyers to print out a coupon and bring it in to the store. There's currently no corresponding deal outside of the US.

No end date has been given for the bundle promotion, though the coupon says that Microsoft "may terminate this Offer at any time."

With limited distribution to Microsoft stores, the subscription bundle is being seen as a way for the company to gauge consumer interest in low-cost subsidized game consoles.

What's more, since rumors are swirling that the next Xbox 720 has already entered production, this could be an indication of what is to come in the future of console gaming.