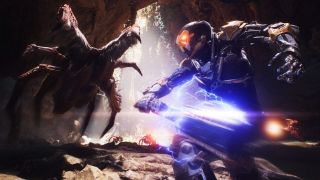 If you're a fan of EA games, there's little reason to pay for every FIFA, MADDEN, Battlefield, or Dragon Age game up front – given that EA Access bundles them all in together for a low monthly price.

Just like subscription-based TV services, there’s an increasing amount of choice when it comes to subscription-based gaming services. Sony and Microsoft have their own dedicated online services where games are there to sweeten the deal – PlayStation Plus and Xbox Live. However, they also have their own services dedicated purely to accessing a back catalog of games called PlayStation Now and Xbox Games Pass.

EA Access doesn't have quite the breadth of these other services, given its only EA games you're getting, but at its price point, and given the number of AAA games EA puts out each year, it's definitely worth considering.

UPDATE: EA Access is coming to Steam next year. Read on to find out more.

Launched in 2014, EA Access is publisher Electronic Arts’ own slice of the subscription service world, offering Xbox One and PlayStation 4 owners access to its wide library of titles (known as the 'Vault') as well as some additional incentives such as early trials of the newest games and a 10% discount on EA digital purchases.

It only launched on PS4 on July 26, 2019, having been on Xbox One for the previous five years. PC gamers on the other hand are able to use the sister service, Origin Access, but the service is also coming to Steam in "spring 2020" (between March and June).

What are the benefits of being an EA Access member?

The most obvious benefit to being an EA Access member is that you’re able to play any of the games in its ever-growing instant access ‘Vault’. At the moment there are over 50 titles in the Xbox One vault and members are able to download and play them for free as long as they’re still paying a membership.

Outside of this EA game library there are also early access benefits and discounts to be had. EA’s Play First Trials give members of the service the chance to download and play new release EA games before anyone else.

There are limits on how far into the game you can get and how much you’re allowed to play but typically you get to try out a new game around five days before its official release. If you like what you try and decide to purchase the full game, all of your progress from the trial carries over and you can get a discount off the full price.

The member discount is 10%, but this applies to DLC, season passes, and Ultimate Team content as well as full games so you can making a saving several times over on games which continually release content.

EA is one of the biggest video game publishers in the world, so it's no surprise there is a host of big-name games to play in EA Access.

For shooters, there's naturally Battlefield V, as well as Respawn's Titanfall 2, and Star Wars Battlefront II – not to mention EA's much-hyped and much-shrugged-off Anthem, which may be more worth playing through a catalogue subscription rather than as a standalone purchase.

Don't forget Bioware, either: the EA-owned studio has been putting out Dragon Age and Mass Effect games for years, and you'll get a number from across the series here.

For the sports fans out there, you get the latest FIFA, MADDEN, NFL, and UFC games. While there's also a selection of smaller indie games like Unravel 2, or the console versions of the long-running The Sims games.

While games like Apex Legends are published by EA, they're also free to play, so don't worry about needing a subscription to get going with them.

Keep in mind that the line-up is slightly different between Xbox One and PS4, the latter of which has around 30 fewer games, meaning that PlayStation players won't get the Dead Space games, Dragon Age or Dragon Age 2, Peggle, Plants vs Zombies, or Mass Effect Trilogy (though you do get Mass Effect: Andromeda). That's probably because of the number of Xbox 360 games on the service, but GamesRadar has put together a list of all the missing games on PS4.

An EA Access membership is $4.99 / £3.99 / AU$6.99 a month on both Xbox One and PS4 (and apparently it'll be the same price on Steam). When you buy a new EA game you’re typically offered 10% discount on your membership so buying a new EA game will generally get you a month’s free access.

It’s worth noting that EA Access payments are handled through the specific console's billing system, so the payment method you want to use will have to be attached to your account.

Payment is automatically renewed every month or year depending on what membership duration you choose.

Do I have to be online?

Other than that you can download and play offline as much as you like. You also have to be online to access Play First trials, given that they track how long you’ve been playing and where you’ve gotten to.

Download limits and speeds can, of course, create problems here but download services have proven more popular and easier to use than streaming services like PlayStation Now which Sony has struggled to push.

This article was amended to remove an accidental reference to Fortnite being an EA title.