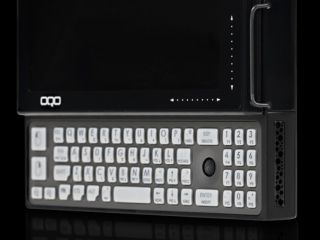 A poster on the OQO Talk forums appears to have turned his Vista-operating OQO e2 UMPC into a something capable of running Leopard.

Upon making his bold claim, TRF was initially ridiculed and charged with merely layering Vista with a set of Leopard skins. However, the hacker replied with a blurry video on YouTube that does appear to show a OQO device genuinely running Leopard.

According to the man behind the conversion, it's an ongoing project and not quite everything is running smoothly as yet, although he indicates that the potential is there for a full conversion.

"I am still working on two final issues which are video resolution, presently limited to 800 x 480, and WWAN which I have not yet attempted. Sound, Wi-Fi, power management and USB are working fine and the system is very responsive," TRF explains in one of his posts.

"I would rather finish the project before providing details which may send some in all directions. I will warn you this project is not for the plug and play crowd but definitely do-able," he adds.

The OQO e2 is marketed as a fully featured pocket-sized PC. Featuring a five-inch WVGA LCD sliding screen, the device is powered by a 1.6GHz VIA C7M ULV processor and 1GB of DDR2 SDRAM running at 533MHz. There’s also full support for 3G HDSPA, 802.11a/b/g wireless and Bluetooth 2.0 connectivity.

It’ll be interesting to see how both the manufacturers of the OQO and Apple respond to the hackers claims, especially given how the device was allegedly designed by ex-Apple employees. There's certainly no denying that an OQO e2 able to support OSX is double the proposition it is as a Windows-only device.