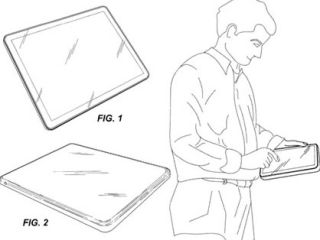 Numerous patents and other rumours have surfaced over the years

The rumoured new Mac tablet isn't new at all; it's been in the works for a long, long time. Our seasoned Apple-watching friends at MacLife.com have pieced together a complete history of the best Mac tablet rumours stretching back into the distant mists of time – 2001 to be exact.

Despite Apple's constant denials, the rumours just haven't gone away, and the tablet has become the stuff of legend. The advent of Apple's foray into touch with the iPhone did little to dissipate the whispers, if only because suddenly touch was trendy and people could see a time when computers could no longer need keyboard or mouse input.

Could it be that Apple is ready to launch a touch computer now? After all, 22 October will see Windows 7 hit the streets. And while the OS supports touch technology, PC hardware has yet to properly catch up. A chance for Apple to steam in perchance? And support Windows 7 to boot?

It's been eight years since Kevin Fox, a blogger at Google, asserted "At least five times in the past 10 years engineers at Apple have worked on initiatives to bring a full-sized tablet-based computer to market. Though the previous four attempts never saw the light of day, Apple has saved the best for last. This July: Meet iPad."

Maybe Kevin was a little off, but he started something big. In 2002, prototypes were believed to be doing the rounds, while subsequent patents hinted at a tablet including a touch control spec from 2006. Other rumours from 2008 backtracked, suggesting original work on the tablet concept was folded into the iPhone.

But all this talk was all a long way from what Apple were saying publicly. In 2003, Steve Jobs told the Wall Street Journal, "There are no plans to make a tablet… people want keyboards. We look at the tablet and we think it is going to fail."

But when quizzed again last year, Jobs said he wouldn't "talk about unannounced products". Could we really have an Apple tablet this year? The head says 'probably not', but the heart still hopes there's no smoke without fire.

For a full history of the Apple tablet rumours, head over to Mac:Life.