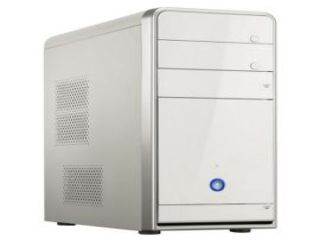 Online payment processing company Powerpay told reporters on Thursday that it has removed Psystar from its client list after learning that the company is selling Mac OS X on its own brand of desktops.

Powerpay dropped Psystar on Wednesday after it discovered that the company had been violating its own terms of service, but the spokeswoman declined to comment on what violations occurred.

Psystar’s site went down on Wednesday after losing Powerpay’s support, before re-emerging with PayPal payment options later that night.

Did Powerpay ‘drop the ball’?

"Midday yesterday our store was not receiving any orders," Psystar wrote in a statement posted on its site. "This was due to the fact that our merchant gateway, Powerpay, dropped the ball on us and refused to process any more transactions from our company."

Powerpay chose not to respond to Psystar’s statement, but did say that it was unhappy with the company's description of what happened. According to the spokeswoman, Powerpay has "reasons" for no longer working with Psystar, and the firm’s decision to sell Mac OS X on its own brand of desktops is a problem.

"There are plenty of reasons why we shut the account off," Louisa Deluca told reporters. "We did not know that's what [the company] was selling; we learned that yesterday."

Apple has yet to comment on Psystar’s operation, but as confidence in the smaller company continues to erode, it needs to act quickly.