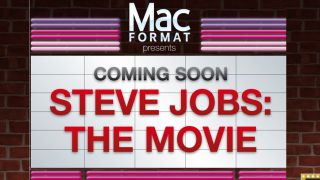 How would other Hollywood directors tell the story of Steve Jobs?

When Steve Jobs died last year, many of us heard the sound of Apple fans grieving - but as Jobs' authorised biography rocketed to the top of the book charts, the sound Hollywood heard was the sound of jingling cash registers.

It's hardly surprising, then, that old interviews have been quickly repackaged and sent to cinemas (Steve Jobs: The Lost Interview appeared in US cinemas in May) while studios are rushing to capture Jobs' story on film.

There are two biopics currently in production: jOBS, starring Ashton Kutcher, and Steve Jobs, adapted from Walter Isaacson's biography by The West Wing and The Social Network writer Aaron Sorkin.

The films will be very different. jOBS will concentrate on Jobs' life from leaving college to his triumphant return to Apple, while Steve Jobs is likely to be longer, wordier and interested in Jobs' entire life.

When he made computers in his garage this was world-changing, but watching him agonise over the perfect shade of beige for a computer case or demand the removal of floppy disc drives from the original iMac is hardly going to make for gripping cinema.

However, that got us thinking. How would the world's greatest film directors make the Steve Jobs story a must-see movie production? We started to wonder how differently the story would be told by Hollywood's different directors, and who would be best for the job.

After some heated discussions, we settled on a shortlist: the peerless, and some would say brainless, action movie director Michael Bay of Transformers and Pearl Harbor fame; David Fincher of Fight Club, Se7en and The Social Network; Pixar's John Lasseter, director of Cars and A Bug's Life as well as executive producer of Bolt, Finding Nemo and Brave; the inimitable Coen Brothers, who brought us Raising Arizona, Fargo and O Brother, Where Art Thou?; and last but definitely not least, the late, great Norah Ephron, writer of When Harry Met Sally and writer/director of You've Got Mail and Sleepless In Seattle.

What might they have done with the story of Steve - and would any self-respecting Apple fan actually want to see the results? Stock up on popcorn and pass the pick 'n' mix as we try to re-imagine 'Steve Jobs: The Movie'.

We suspect that if Michael Bay were to be given a screenplay about Steve Jobs, he'd speed-read it - and the only bit that would get his attention would be the word "Android" and Jobs' expletive-ridden rant about the "f***Ing stolen product" that he intended to "wage thermonuclear war" over.

Androids? Theft? Thermonuclear war? That's more than enough for Bay to make a movie - hell, make a trilogy! A quadrilogy!

But it's hard to imagine a realistic-looking Steve Wozniak making the final cut, so expect Woz to become a pretty lady with a tendency to bend over pumped-up muscle cars while wearing the skimpiest bikinis imaginable.

Similarly, Eric Schmidt is not muscular enough to be a Michael Bay baddie. In Bay's version, when Steve Jobs says "war" he means it, ordering design-guru Jonathan Ive to build him a robotic super-suit that he can use to smash Schmidt, Google and every Android device on Earth.

Character development taken care of, Steve Jobs: Android Killer would then spend the remaining three-quarters of its running time showing Jobs' and Schmidt's robot suits bashing seven shades of crap out of one another to a loud Linkin Park soundtrack, with the battle interspersed with gratuitous explosions, helicopters and shots of Megan Fox.