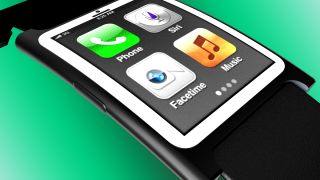 The iWatch is expected to land in October

Apple has called upon superstar athletes to put the rumoured iWatch through its paces in professional training environments, a report has claimed.

According to 9to5Mac, Los Angeles Lakers basketball star Kobe Bryant has made a trip to the firm's Cupertino campus to try out the device's fitness features.

Bryant, who was recently pictured at Infinite Loop, was apparently been joined by LA Kings ice hockey player Dustin Brown, plus an unnamed member of the Boston Red Sox.

Apple is expected to pitch the iWatch as a health tracker above and beyond anything we've seen on the consumer market to date.

Among a reported ten plus sensors there's said to be be a heart rate tracker, blood glucose and blood oxygen detectors and a sweat analysis tool sitting in the iWatch.

All data is expected to be available in real time on the new HealthKit app for iOS 8.

The device isn't expected to be unveiled until October, but it'd be interesting to see if Kobe thinks it's a slam dunk or not